When The Camera Stopped Rolling 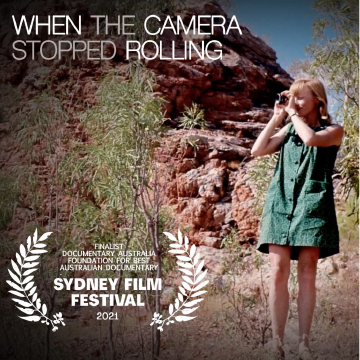 Catholic Cemeteries + Crematoria are proud to be a foundation sponsor of the award-winning documentary When the Camera Stopped Rolling. The winner of the Best Documentary at the Toronto International Women Film Festival shows a daughter turning the camera onto the life of her pioneer filmmaker mother, Lilias Fraser.

When the Camera Stopped Rolling has gathered critical and popular praise since it’s Australian premiere at the Sydney Film Festival in November 2021. The movie tells the epic tale of trailblazing Australian filmmaker, Lilias Fraser’s life, her career and challenging relationship with her daughter Jane Castle, who is also the film’s writer, director and cinematographer.

Eight years in the making, Castle’s extraordinary documentary about her filmmaker mother is an intimate mother daughter story, as well as an eye-opening account of women’s roles in the male-dominated film industry. Castle has explained “In many ways, making this film was a healing journey for me”

Tenacious and ambitious, Lilias overcame huge systemic and personal obstacles to make over 40 films in her lifetime. However, her success came at a cost the early trauma that drove her also saw her unravel over time. Trapped in a destructive marriage, battling alcoholism and single parenthood, Lilias’s trademark determination was pushed to its limits.

When the Camera Stopped Rolling reveals both the light and dark of this feminist icon and unique mother daughter team. The triumphs of their careers and their relationship are captured with clarity and compassion.

Don’t miss seeing this moving and beautiful documentary, When the Camera Stopped Rolling is showing in Sydney on 24 April 2022.